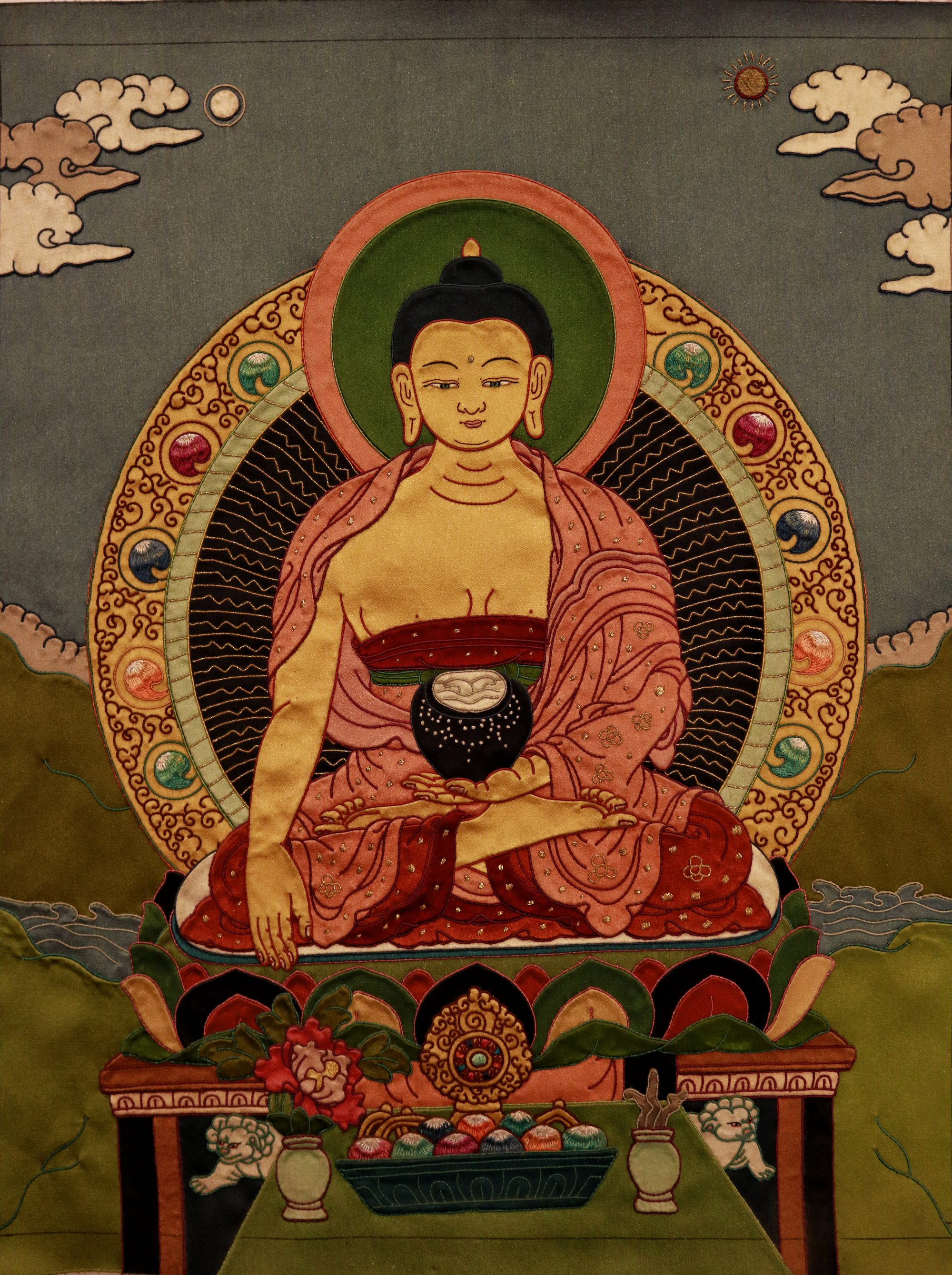 Applique is the ornamental needlework for creating certain design and patterns. The picture of the Applique below is of Buddha sitting in meditative position.

This is Buddha Thangka applique. The Buddha in Applique thangka is sitting in meditative position.

Applique Thangka is expensive because it is created using traditional methods and strictly adhering to the proportions of deities as they are laid down in Buddhist scripture. Our appliquéd thangkas are created using hundreds of hand-cut and embroidered pieces of satin and brocade silk, stitched together with Mongolian horsetail. Each piece is witness to a unique tradition that survives intact to this day.

Applique is the ornamental needlework for creating certain design and patterns. These days the designs of Mandalas are also seen in the form of Appliques.

Buddha Shakyamuni was born Siddhartha, the only son of an Indian king. At his birth, it was prophesied that he would either become a great king or the Buddha of this age. His father determined that his son follow in his footsteps and prolong the dynasty, believed that the only way he could prevent his son from renouncing the world was to confine him to the palace, thus shielding him from understanding the suffering of worldly life.

One day, on an excursion out of the palace, Prince Siddhartha encountered four people: a sick man, an old man, a dead man, and a renunciant. At this moment he realized the transient nature of worldly joy and that suffering inevitably follows whatever appears as pleasure. This realization took hold of him and he came to see the pleasures of palace life as meaningless. Believing renunciation to be the only path to lasting peace, he abandoned his life as a prince.

For six years he practiced the teachings he learned from various scholars and adepts and engaged in austerities. In the sixth year, he focused his mind on meditation on the dependent nature of reality. On one full moon night, he attained full enlightenment and became a Buddha. For the rest of his days, the Buddha taught the path that leads to enlightenment, the path that in our own time has come to be known as Buddhism.

You need to Login first