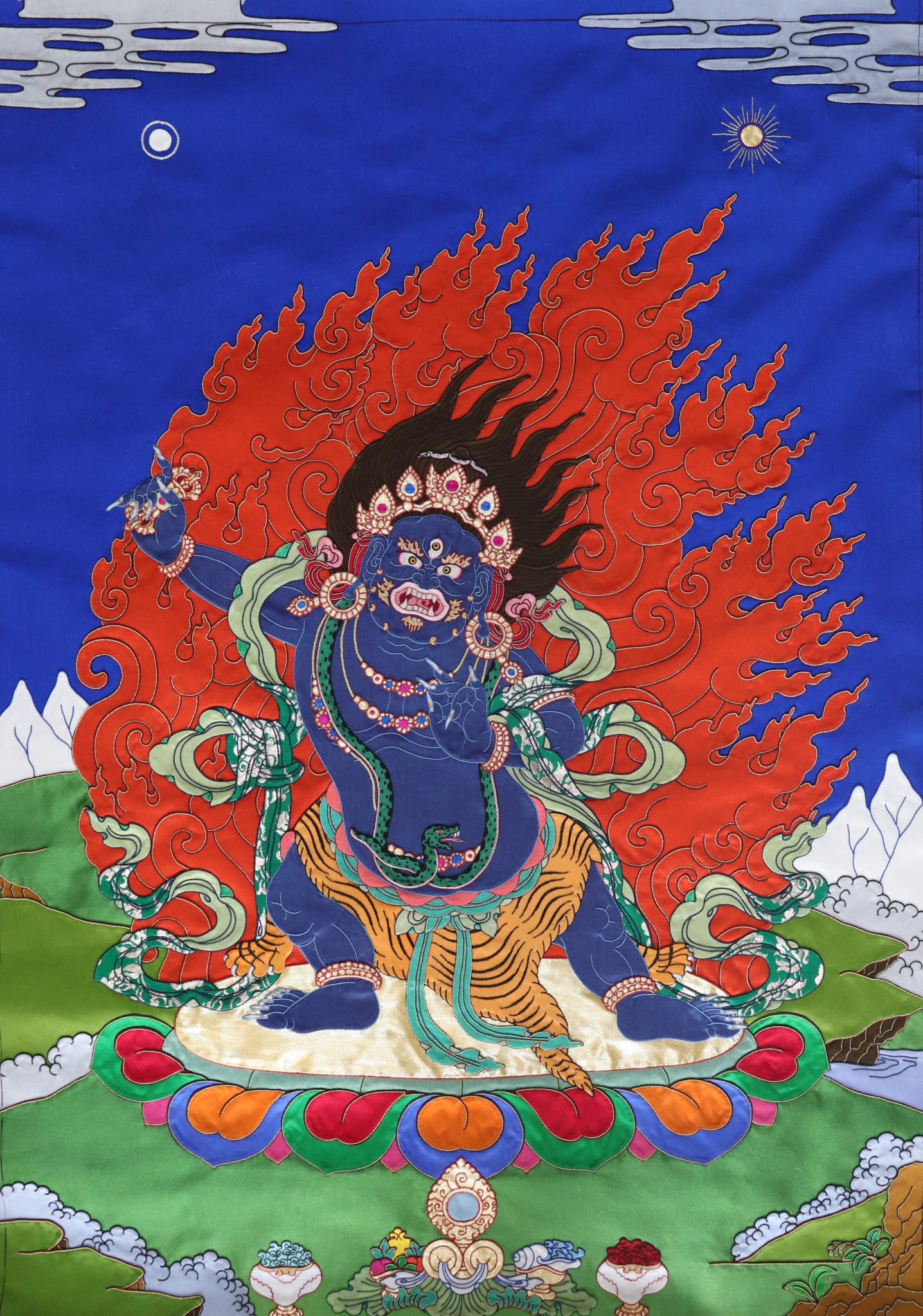 Vajrapani Applique Thangka is hand-stitched using many pieces of precious silk. The size of vajrapani applique thangka is 91*71 cm.

Vajrapani Applique Thangka is hand-stitched using many pieces of precious silk. The size of vajrapani applique thangka is 91*71 cm.

Vajrapani is known as the embodiment of power and the keeper of the Buddha’s tantric teachings. He was given the mission of vanquishing a monster known as Nagpo Tsalak in a period out of mind, and he was given the moniker Conqueror of the Four Quarters, which literally means “Conqueror of the Four Quarters.” He also swore at the time to uphold the teachings of the thousand buddhas for the rest of the eon. He is claimed to have several pure areas, which are only accessible to those who know the paths to them. Chang Lo Chen in Tibetan, or Adákavati in Sanskrit, is the name of the realm where he is claimed to reside.

His dark blue color implies that he is absorbed in the happy Truth Body, or Dharmakaya, at all times. Although he looks to be a vengeful deity, his wrath is solely directed at those who seek to destroy the dharma. The knowledge that is the essence of the Buddha’s teachings is symbolized by the vajra he holds in his right hand. He is frequently shown in the Rigsum Gonpo trio with Avalokiteshvara and Manjushri, embodying the characteristics required for enlightenment – compassion, wisdom, and power.

You need to Login first